I do not know who planted that tree just outside my window.

It is not a native tree, so some human person had to specifically decide to plant that particular tree in that particular place.  Bred in captivity and forced into the rocky hillside soil of my front yard.  Sweet tree with a sadness she cannot ever quite place, I suppose.

I have been told that this tree species is not hardy, yet here she remains standing after the 13 ½ years I have been in this house looking outside of this window, while plenty of other trees have not withstood the trials of those same years.  Ice, snow, wind, tornadoes, hurricane winds, little girls, little boys, bears, deer etc.  She is still trying to be herself and continues to grow.

There have been two occasions when I thought she was lost to us.  After hurricane winds came through one year, she lost a few branches, one of which was an offshoot twin trunk at her base.  When neighbors came to help with yard clean up (many other trees were completely felled and needed chainsaws for removal), they offered to remove her as well.

Without hesitation I declined their offer feeling sure that she would be okay and should be given the chance to prove them wrong.  Or maybe it was my own vanity at wanting to prove their chainsaw wielding asses wrong. Some might say I occasionally present with unpredictable stubbornness – allegedly.

I liked her and I did not appreciate the way they were so cavalier about cutting her down when she obviously still had life left in her.  If she rotted and fell, then so be it, but I wanted her to have a chance.

Fast forward a few years later, add a significantly terrible ice storm followed by hurricane force winds, and my lady tree was truly devastated.  All of her thick sturdy long limbs below about 20 feet of her height, had been forcibly ripped from her trunk, leaving nasty splintered painful gashes all around her.  Other trees in my yard were completely felled by the storm and lost.

There was too much damage to rely on the generosity of neighbors this time, driveways were blocked, the public road was blocked.  Thankfully the county came and removed the giant 30 foot pines that fell onto the road (I am on an essential emergency route – phew).  Professionals had to come in and handle the other significant tree damage in my yard on my little hill in the woods. When I recovered from the heart attack inducing cost estimate, resigning myself to that expensive reality, I saw my damaged sorrowful non-native lady was included.

I agreed to all of the work the professionals proposed – including complete removal of my lady.  She had retained a smattering of her original beautiful old limbs at the tippiest top of her.  The rest of her looked like a slightly oddly bent-curved bare telephone pole.  After signing the contract, I went back inside the house to take one final look out of the window at my lady.  The top of her held so much promise – she really was reaching and stretching for her bit of sky and sunshine.  I lost my resolve and immediately went back outside to tell the contractors to please not remove her.  Please leave her there.  Just clean up her broken limbs and leave her bare trunk with the shaggy top.  I felt that there was some life remaining in her.

If she truly was not hardy, as they were telling me, then her top heavy trunk would fall in its own anyway and I could have her naturally felled remains cut to manageable pieces and pulled into the woods then.  But, not today when she still had some life.  For a few years she looked very odd with no lower branches plus a shock of green on top.  But this year, as I look out my window, I see so many swirling baby twiglet branches finally coming out of her trunk.  She is more than alive, she is resilient and thriving!

Even through this unusual mild winter, my old grand lady willow was unable to stay alive due to another wicked ice storm, yet this non native broken stripped bare tree is still standing and providing a home for birds, flowers for bees, and a bit of shade for the moss and worms.  I like her and I am glad that she is a lovely brilliant fighter. 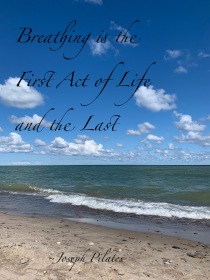 I had to take a break from my brain.

I started Pilates instead.

It has been immensely helpful in terms of waking up my body and recognizing how very disconnected I have been or I am.  The instructors and fellow pilates-ers at the studio I go to have been very patient and helpful and I am grateful to have stumbled into this regimen.

My weight has not reflected this hard work, yet.  But, my patterns have shifted and I am much more steady with all activities.  I even accidentally, successfully, hiked up a very rocky mountain!  (future story)  My muscles are muscling up and my posture has changed for the better.

This weekend also marks the sending of the 191st weekly progress report, regarding SonHerisme, I have sent to MrexH as required by court order in January 2016.

I do not mind it so much anymore as it is a component of keeping MrexH at a distance which in turn keeps us safer and healthier.

I continue to be in therapy.

And how are you?

I am reading all of these lovely inspirational, moving, deeply thought, resonating articles and books from lovely empathetic/sympathetic peoples.

I’m just not there yet, y’all.

I feel that you want me to be there.

Believe me, I WANT me to be there.

The best I can hope for today, is that I have trudged through the deepest muck of MrexH situation, and am passing through the bit of squashy junk before emerging out.

Also, I hope that I have some sturdy boots on.  I can’t even tell if I do or not.

It’s also okay if I have on an off-white trench coat, which is so gunked up from the muck, that it has frayed at the bottom.  Uh-oh, now I’m picturing an old-timey leather car-driving cap and ridiculous goggles as well.

It occurs to me that I should reconsider finding a new therapist to speak with and work through some of the emergence from muck. The screaming in my head might be a big clue for me…

Can you give a therapist a document dump, or at least Cliffs notes, to avoid speaking those words again?!!?

I just want to walk in, have a gentle greeting, and listen to sage advice from someone who knows stuff and can see me enough to help me reveal myself to myself.

I can pay them in tea, blueberry zucchini brownies, and a hearty companion for The Philadelphia Story viewing.

Meet me at the corner of close and soon, wise sage!