Here is the truth.

When someone wants to murder you, nothing can protect you.

Nothing can protect you 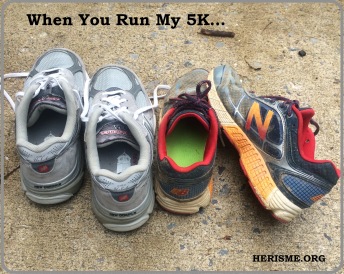 A few years ago in our town, over a very short time period, there were three ladies who were brutally murdered by their husbands.  Two of these husbands also murdered their own children.  The third intended to, as far as I’m concerned, but wasn’t given the opportunity, so he just killed his family’s cats, his wife and himself instead.

So now our community runs 5K’s in their honor to raise awareness and money for victims of domestic violence.  Well, we run them for two of the white ladies, and one family’s children.  The third woman and her children were a lower income Hispanic family, so our subtle, not so subtle, racist community doesn’t run for them.  But, that’s another topic for another day.

What kind of husbands, fathers, sons, uncles, men do this?  Men who are sick.  Men who are crying out for help in ways that go unheard.  Men that are abusive, controlling, ill, and violent in such duplicitous ways that their neighbors and communities, even their own families and spouses, consistently describe them as the “nice guy next door.”

How do I know about these things?  Well, I suppose when you read our story in the quaint local paper, or the little paragraph on our sign-up genius/donations webpage, you’ll get filled in.  Maybe you won’t know about any of it until you show up to support our sponsored cause at our memorial 5K, which might be your first 5K and you’ll feel all the community support feels by signing up for the cause.  “Oh my, how sad.  I think that I saw them at a thing once when they did something.”

I know these things because I’ve seen it happen before.

I know these things because my husband is very sick.

I know these things because my husband wants to murder our son and me.

I know this because he said so.

Not, “I’m going to kill you for not putting out the trash, you knucklehead.”  More like, “I am your apocalypse, I’ll make you drink my blood, I’m Sly Stallone, Our 3 hearts beat as one, and I know God doesn’t forgive murder.”  You know, he wants to LITERALLY, in the truest sense, kill murder kill us.

Let me tell you, um, yikes.  It is extremely scary, and life altering, no matter how sick you know a person is, to know that this other human being wants to hurt your child and you merely for being who you are, for existing.

“Call the police,” you say?

Here’s the catch though, none of these well-intentioned institutions can actually protect us.

“You must not have followed the correct procedures.

You must not have said the right things.

You must not have filled out the correct police reports.

You must not have found the right Doctors/hospitals/lawyers, because if you had, you and your son would be safe.”

Indulge me with a moment of your time to dispel these lovely, comforting, and overly confident in naiveté myths for you – to decimate your glorious happy bubble.

The lawyer may file papers for you, provide legal advice to you regarding the laws in your particular state, navigate your local court.  Your lawyer has to work with all of the other lawyers, judges and court personnel long after your legal issues are over, and therefore will not be vigilante advocating for what you think is “right” all Hollywood style.  Also, your lawyer has heard and seen every disgusting side of humanity, most likely, and can only represent actual proven truth – not conjecture, predictions, heresay or those dreaded feelings of yours (tip: see your therapist for those fun times).  What you vehemently insist is non negotiable and the most important things for you and your child, may not match up with the actual laws of the land, and may not be within your lawyer’s capabilities.  Not because they are incompetent, but you will know this because of your lawyer’s undeniable extreme competence and professionalism – both of which you will need if you need a lawyer at anytime in your life.  Also, lawyers are not superheroes with any superpowers, other than super negotiative finesse and super law knowledge.

There’s a funny thing about the police too.  They cannot arrest or detain anyone because you suspect something or are frightened of something.  They need actual proof (gasp!) to do either of these.  If someone uses their words, like, I don’t know, “I’m going to murder you” and such, yet they don’t actually murder you, the police cannot arrest that person.  As told to me, “words are just words, not actions,” and “if every written threat to kill someone equaled an arrest, most people on Facebook would be in jail.”

Hospitals, Mental Health professionals – hey, guess what?  They are even funnier than the police and tighter bound than the lawyers.  HIPPA – google it, as it is AWESOME in a so very not awesome way for anyone with an adult loved one who has a serious mental illness.  Also, as an adult, no matter what your condition regarding mental illness, your self-reporting is absolutely the only information that the Mental Health professionals can and will take into consideration.  Psychotic much?  Okay.  Do you feel homicidal or suicidal?  Not right now, you say?  Okay.  Do you want treatment?  No, you say?  Super!  You are clear minded, discharged and free to go.  This also frees the hospitals and Mental Health professionals from adhering to any bugaboo “duty to warn” an intended target (insert me, our son) for a psychotic homicidal mentally ill patient (insert my husband), because they just verbally confirmed that the patient can verbally say they are not homicidal right then.

“That cannot be.  I know that the hospital can commit someone and detain them.”

Sure they can, until the adult patient says they want to go and don’t want to hurt anybody or themselves.  The adult patient who two days prior sent multiple homicidal threatening emails prompting a Protective Order through the court system, after being picked up by police for threatening to blow-up the hotel he was staying in and to physically harm housekeeping, yes, him, indeed.  Clear minded and well = discharged.

“Wait a minute,” you say.  “Is this the same guy who was picked up by the same police for erratic and disoriented behavior within 36 hours of being discharged from the hospital after a nine day forced stay?”

And so, what are we doing right now?  How are we keeping safe?

We have a protective order.

It’s like a restraining order, except it begins with the letter, “p.”

Here is the thing about words.

They cannot actually physically protect you.

Here is the truth.

When someone wants to murder you, nothing can protect you.

Nothing can protect you

You can pray.  You can hope.  You can peek around every corner waiting for the something awful to happen.  You can file every paper, you can contact every agency, you can spread your story far and wide, but absolutely nothing can protect you.

You cannot run away because a psychotic adult can hire an almost unethical lawyer to prevent that, especially since you have a child together.  You know, because the law protects parental rights.  Even for a murderer.  Or, in this case, a wannabe murderer.

More awesomesauce for this hearty party…

Have I mentioned that our son was forced to attend supervised visitation with his father, who incidentally, in case you misunderstood something previously read, wants to murder us

and we have a protective order from a judge in a court showing they believe his father is too dangerous to be around him?

So not only has our son been frightened of his father’s behavior because of our previous domestic violence in the home, and his father’s attempt to hurt him because I refused to allow him to hurt me anymore, but also re-traumatized each week by being forced to sit in a room with him for an hour and listen to his father’s manic nonsense.  Or, as I refer to it, “institutionalized abuse in the form of re-victimization.”

“Son, your father is too dangerous for us to be around him, except you’re still going to have to sit with him for an hour in a room each week and be subjected to his psychosis.”

Our son was six years-old.

Anyone else finding this uncomfortable, barbaric and unbelievable?!!?

Me too, except I AM ACTUALLY LIVING IT.

Until we are murdered by my husband

and then the police can actually arrest him,

and the Mental Health professionals will be forced to treat him,

and the lawyers can move on to their next case

and y’all can carry on planning and running our 5K.

When you run my 5K, you should expect tastefully decorated and chilled bottles (not plastic, duh) of water, with matching, tastefully decorated GF, DF cupcakes, which will, of course, have some kind of added unexpected nutritional value (“oh my! I would have never known kale was in there if you hadn’t told me!  Amazing!).  And napkins.  Cloth commemorative napkins, which could maybe double as a glow kerchief or brow sweat mop, as you desire.

As you round the corner to the obscene amount of brilliant festive balloons (clear with floating glitter inside, white ribbon) and giant silky white ribbon indicating the finish line, someone, most likely my irreverent Uncle or sardonic brother, will point you in another direction, yelling, “Just kidding, this is a 10K all the way!  Run it for Mrs Herisme and Little Heishim! Go, go, go, go, go!”

And you’ll do it for the cause *fist bump*!

Psssst…. Just a thought.  If my husband could have actually received appropriate quality mental health support and guidance, my son and I probably wouldn’t be murdered.

I guess then, though, you’d miss out on my sweet tale

and my lawyer would be about $70K short.

I should have prefaced this post by saying that it was written in the Fall of 2014.

For an update on our current condition, please read the post dated 4.21.16.

Thank you for checking in on us xoxo