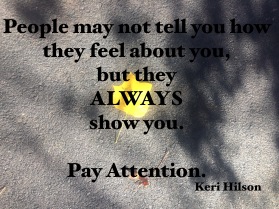 Mind the Gap and so forth.

Karmic disclaimer: This post is not here to invoke unwanted connection or attention.                     This is an expression of exasperation and disgust.

I wanted to title this, “A is for Abandonment.”  Then I thought, MY G-D, WHEN will I STOP sounding so sour and dour and gloomy doomy? Blech yuck blah UGH

My life is one of mostly comforts and the love of a sweet SonHerisme.  And, despite the current political tensions, we are poised in a country of overall general comforts, the likes of which have never been experienced in the history of mankind.

Yes, my family loves me and supports me.  We are supremely blessed and I am unimaginably grateful.  I live in a time and country of possibilities.

MrexH’s family has, for undefined reasons, chosen to abandon SonHerisme.

It is so painful.

Not just the loss, but the utter lack of communication or contact for SonHerisme, who is unable to understand the ridiculousness and arbitrary selfish behaviors of adults.  Especially from those whom he loves and have professed to love him.

I understand that this is perhaps because they believe that I am the most horrid and awful human to have ever walked on earth.  Some days I believe that myself.

However, given that maybe I am a horrid awful terrible person, my G-D, wouldn’t you want to make sure that the young child I am taking care of, is okay?  Wouldn’t you want to send him a reminder that you are thinking about him and sending him your love?  Not even a damned f’in birthday card, people…  NOTHING

The last contact SonHerisme had with anyone from MrexH’s family, was in November 2014, when they came into town, unannounced, to attend one of MrexH’s trials.  They telephoned me and requested to see SonHerisme. I agreed.  They hugged him and promised him they would keep in touch with him.  They never have.

MrexH’s sister suggested that she bring SonHerisme’s cousins for a visit in the Summer of 2014.  They never came, they never wrote or explained, they never have.

Over the Summer of 2014, MrexH’s sister and mother, sent SonHerisme a generic birthday card, with their signatures only.  SonHerisme was turning 6-years-old.

Since that time, nothing.

There are a thousand explanations.

And there is NO explanation.

Every once in a while, SonHerisme wonders aloud about his absent cousins, his absent grandparents, his absent uncles (one has since deceased), and all of the other relatives from MrexH’s family.

All of them *POOF* disappeared from his life without regard or explanation.

To bring you up to speed, or as a reminder, currently:

There is court-ordered ‘no contact’ between SonHerisme and MrexH, for safety and health reasons.

We have a court-ordered BIA (until April 2017) who represents SonHerisme legally.

We have a court-ordered parent coordinator who facilitates any contact between MrexH and SonHerisme (to date there has been no physical contact since early September 2014).

July of 2016, our court-ordered parent coordinator, believed (based on information from MrexH – completely unreliable since he has a severe mental illness, yet that is what we have to go on) she might be able to arrange contact between MrexH’s family and SonHerisme, and told both SonHerisme, and me, about this potential.

This has never happened.

This is a deep pain in my soul – knowing that this group of people have somehow been able to rationalize absolutely smashing and abandoning my child’s heart.

That they are able to do this,

reinforces that they are all unsafe and unhealthy people for us.

I currently cannot imagine a scenario where I could be convinced that any reintroduction to any of them, would be healthy or safe for us.

SonHerisme has other cousins, other grandparents, a broad community of support.  They love him, and demonstrate their love for him consistently.

My prayer is that, other than possible curiosity as an adult,

SonHerisme will have enough in his life that this utter abandonment does not leave permanent holes,

ps. I do have thoughts on the political climate to post in the next day or so {hugs} all around